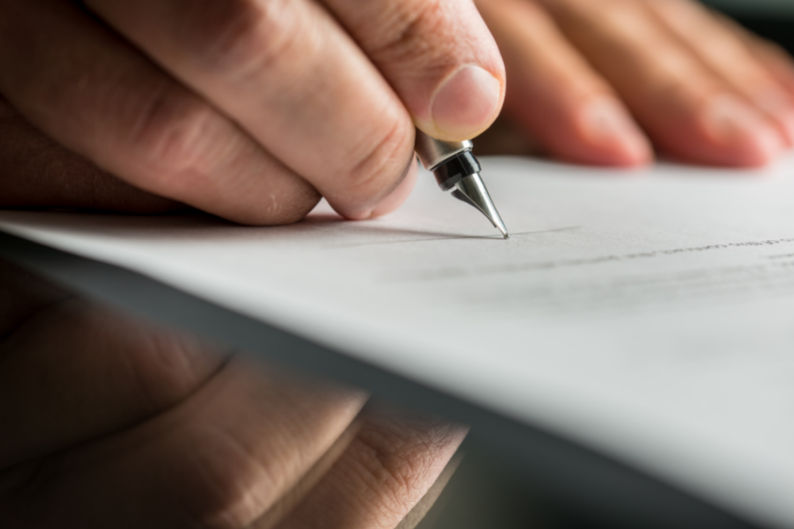 When someone is injured in an unexpected accident, they deserve an attorney that will fight for them. They deserve an advocate that will not rest until they get the results they need to fully recover.

At The Karam Law Office, we are dedicated to helping injured parties and their families get real results. Our legal team works tirelessly to ensure that our clients receive the financial recovery they deserve. If you have been injured in an accident in the Houston area, contact our office at (832) 859-8453 to schedule a free case consultation.

We are proud to announce several recent victories on behalf of our clients. Our law firm is focused on getting the largest possible recovery which means fighting for policy limits settlements for accident and injury victims throughout Texas.

Attorney Jacob Karam and the team at Karam Law were able to secure a $475,000 settlement for a father and son who were taken to the hospital after being hit by a drunk driver.

We secured a $200,000 settlement for our client, who was injured in a slip and fall accident at a casino in Calcasieu Parish, Louisiana. Despite the man sustaining serious injuries to his neck, back, ribs, and head, the casino tried to argue that it was not responsible for our client’s injuries.

The casino argued that there were multiple “wet floor” warning signs in the bathroom when the client fell. Unwilling to accept this argument, our lawyers fought back and pushed the case until the eve of trial to obtain a fair recovery.

Our lawyers were able to obtain a $175,000 recovery on behalf of a client who was injured when a negligent driver failed to yield at a Galveston County stop sign.

Attorneys for our firm recovered $145,000 on behalf of a woman injured in a multi-vehicle pileup caused by a pizza delivery driver.

Our legal team was able to secure a $130,000 policy limits settlement for a client that had to be taken to the hospital after being rear-ended by a negligent driver.

At The Karam Law Office, we efficiently and expeditiously obtained the maximum available recovery for a passenger injured when the vehicle she was in was sideswiped in Harris County, Texas. Despite needing relatively brief medical treatment, we secured a $115,000 policy limits settlement for our client.

We fought hard to obtain a $100,000 settlement for our client, who was injured in a multi-vehicle pileup caused by a drunk driver. Initially, his underinsured motorist insurance company tried to minimize the injuries because there was no visible property damage. Refusing to accept this, we did not give up until the insurance company paid a fair amount to fully compensate him for his injuries.

Our lawyers were able to recover a $75,000 settlement for a client injured in a motor vehicle accident. The El Paso crash occurred when another driver failed to yield, resulting in our client being transported to the hospital. There he was required to undergo substantial treatment for his injuries. We worked hard to obtain a speedy and fair settlement for this deserving client.

Our client received a $65,000 policy limits settlement after being injured at a 4-way stop sign. Pre-litigation, the insurance company denied liability. Unwilling to accept this, we filed suit and took depositions resulting in the third-party liability insurance company and our client’s underinsured motorist carrier tendering their policy limits.

The Karam Law Office was able to secure a confidential settlement for a woman sexually assaulted by the driver of a rideshare app in El Paso, Texas. While the terms of the agreement are confidential, Karam Law continues to fight for victims who are injured as a result of a rideshare company’s failure to adequately screen, hire and train drivers. People entrust these dangerous drivers to safely bring them to their destinations.

We fought for and received a $60,000 policy limits settlement for a young mother injured after being rear-ended in Harris County, Texas. The at-fault driver’s insurance company tried to evade responsibility by arguing our client was to blame for the wreck.

Drawing on years of experience, Karam Law was able to prove that the at-fault driver’s liability was clear, resulting in a policy limits settlement for our client.

After our client was hit hard at an intersection by another vehicle in Ellis County, Texas, the other party’s insurance tried to deny liability. By refusing to accept the insurance company’s argument that the driver was not covered under the applicable insurance policy, our lawyers were able to secure a $60,000 (maximum) policy limits settlement.

After Hurricane Hanna inflicted serious wind storm damage on our client’s home, his insurance company made every attempt to pay the minimum value on his claim. Our lawyers refused to settle until our client was satisfied and a fair amount was paid to resolve the case. Ultimately, our client obtained a $46,000 settlement to compensate him for the losses.

At The Karam Law Office, we are dedicated to helping clients in Texas and Louisiana obtain fair recoveries when national disasters hit their homes, and their insurance companies downplay their damages or refuse to pay valid claims.

Our relentless advocacy for our client secured a $39,000 settlement for her injuries despite the disadvantageous laws that protect government agencies.

Getting the Results You Deserve

If you have been injured or lost a loved one in an accident in Houston or the surrounding areas, contact our office at (832) 859-8453. All consultations are free and without obligation to retain our services. Call today to speak directly with an experienced attorney.