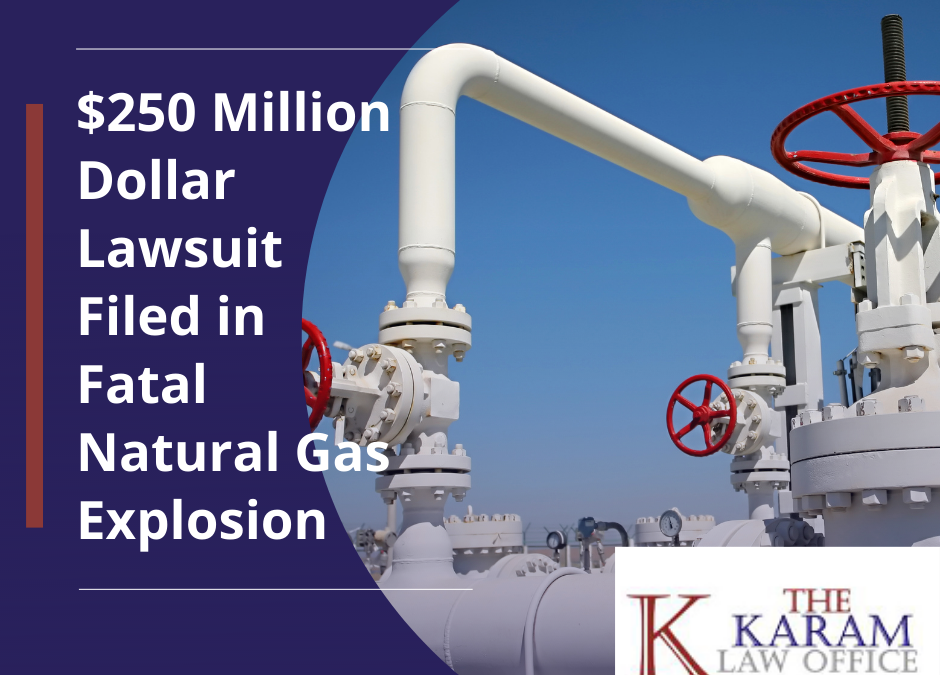 A sudden, fatal natural gas explosion at the Atmos Energy Facility in Farmersville, Texas, has killed two and left two injured. The widow of one of the men has filed a lawsuit against Atmos Energy and Bobcat Contracting after evidence emerged that the maintenance equipment had not been properly grounded, resulting in the deadly blast that claimed the life of her husband, Deric Tarver.

Attorney Jacob Karam of the Karam Law Office, along with co-counsel Benny Agosto, Jr. and Ben Agosto III of Abraham, Watkins, Nichols, Agosto, Aziz & Stogner, have filed a wrongful death claim on behalf of Mr. Tarver’s surviving loved ones requesting damages in excess of $250 million. The 35-year-old beloved father of two was a subcontractor hired to perform maintenance on a pipeline at the energy facility outside of McKinney.

According to the lawsuit, negligence and gross negligence on behalf of named defendants Atmos Energy and Bobcat Contracting led to the devastating explosion.

Plaintiffs allege that the companies failed to provide safe working conditions and did not adequately train employees. The blast is believed to have been caused by a failure to ground a piece of inspection equipment resulting in a “static discharge that ignited residual gas in the pipeline.”

The fatal workplace accident is not the first involving Atmos Energy. As reported by the Dallas Morning News, a natural gas explosion involving the company in 2018 killed a 12-year-old girl.

An investigation by the Railroad Commission of Texas found that Atmos “failed to detect leaks leading up to that explosion.” The company settled with the family out of court for an undisclosed amount but received a proposed fine from the commission of $1.6 million.

Holding Companies Accountable for their Wrongdoing

Natural gas explosions and other workplace accidents are often the result of negligence or gross negligence, where a company’s failure to provide a safe environment causes unimaginable pain and suffering for all of those involved. If you or a loved one is injured or killed in a pipeline explosion or because of a natural gas leak, contact the Karam Law Office for a free consultation.

Attorney Jacob Karam provides fierce, dedicated representation for each of his clients.  He has recovered millions of dollars in verdicts and settlements on behalf of injury victims and their families. Get a compassionate advocate on your side that will fight to hold negligent parties accountable for their wrongdoing and work to get you the justice you deserve. Call (832) 859-8452 to discuss your case. All consultations are free and confidential.